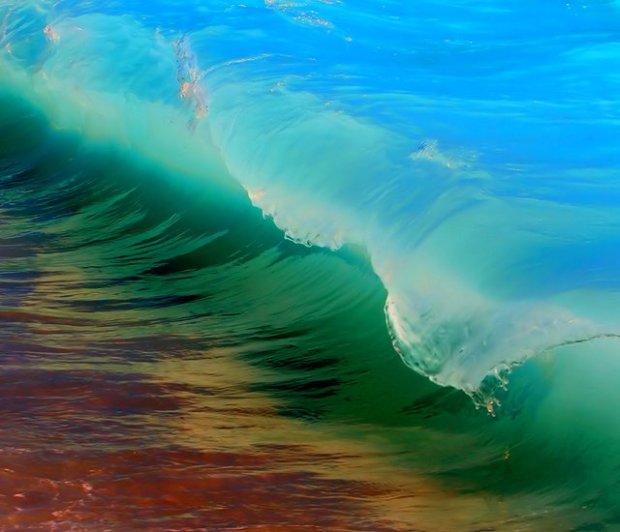 You don’t have to travel too far to find them. Beautiful beaches, still relatively undiscovered, lie within a short haul European hop.

Fringed by luxuriant stretches of white sands, the northwest Spanish archipelago of Cies is nicknamed the ‘Galician Caribbean’ by the locals. And it is little wonder that they keep the beauty of these three islands quietly to themselves – happy to let tourists head to the ‘Costas’ instead. Catch the ferry from the mainland town of Vigo, and you’ll have nine beaches to choose from. Disembark on a small jetty at the longest, Rodas, running over half a mile between Monteagudo and Faro islands and flop straight onto the sand. Cooling off depends on your mood – waters around the Cies islands range from denim blue Atlantic froth perfect for surfing to clear green waves that lap the shore like a gentle metronome.

Who says you need palm trees and warm seas for a spectacular beach? In the northern tip of the Scottish Hebridean Isle of Skye, Claigan Coral Bay’s white sands and turquoise seas are an incongruous surprise after a short hike over moorland, past sheep and Highland cattle. OK, it might not be warm enough to get your bikini on, but in summer you’ll definitely be able to sit in a T-shirt and turn your head up to the sun in peace. Or search for tiny cowrie shells on the beach – local legend has it if you find 12 you’ll have a happy year. That might include sitting next to a celebrity at the rustic yet Michelin-starred The Three Chimneys restaurant, a 20-minute drive away – or quick helicopter ride for A-list fans that range from Madonna to Barbra Streisand or more simply to me.

In Greek legend, Icarus flew too close to the sun, coming down to earth after his wings melted, on the North Aegean island of Ikaria. Lucky him, as he would have found one of the most beautiful unsung heroes of the Greek beach world – Seychelles – waiting for him. As the name suggests, it’s a dream confection of blue waters, white sands and dazzling limestone cliffs, set on the south-west coast and reached from the tiny village of Manganitis through a tunnel and down a steep path. If you’ve got the commitment, then you’ll be rewarded with an idyllic place to put up your umbrella. Take a bottle of the local wine – there are no facilities here – sit back, relax and thank the Gods.

Images in this post are considered to be in the public domain since found on the web and media therefore supposed to be copyright-free images – it’s not intended from the author of the post to violate any copyright right infringement laws, or to offend anyone; in the case you advise a violation, would you advise me and I’ll promptly remove them. The post it’s also an expression of my personal opinion.

Capri, Monaco, Porto Cervo, looks all too crowdie, unreasonably costly and hysterical. Since my sailing time is so scarce, it must be a pleasure for eyes, mind and soul. I’m therefore happy to share my point of views with you, let me know your opinions, also privately.

Outside Stockholm, the yachting capital of Sandhamn is on the edge of one of the world’s most alluring archipelagos. Among the thousands of uninhabited islets, guests may indulge in a dingy race, or host an angling competition followed by a fresh fish barbecue. Yacht parties have been known to top off the evening with a midnight disco featuring the music of Abba, whose famously reclusive singer Agnetha lives on her own private island in the archipelago.

The sea may be a shade cooler than the South of France, but it’s just as crystal clear. The 6,500 islands of Finland’s Aland archipelago offer remoteness and privacy in spades. Breaking out the yacht’s paddleboards for a tour along the deserted Baltic coastline in summer makes for an afternoon of one-off exploration. And compared to Capri, it is quiet indeed. In winter season, with a proper yacht it’s fascinating.

A private safari doesn’t get any more experiential than in Calauit Islands’ ‘nature reserve’. Formerly the private playground of the assuredly nuts Marcos dynasty, the island provides a refuge not only for native species, but also for African animals imported as part of the family’s private zoo. By anchoring offshore, the global glitterati can take in giraffes and zebras by day, followed by a sunset South East Asian dinner prepared by their on-board private chef.

Even locals struggle to get to the Balearic Island’s best boating spot, the Cabrera Archipelago Maritime Park. Off-limits until 1988 as a military base, privacy is assured, as its 19 islands are accessible only to those with their own boat. The towering cliffs harbor herons and shearwater, while whales and dolphins bask in the 100km2 of protected seas. Mere mortals are limited to a day trip. After lunch, superyacht guests have the archipelago to themselves.

Serene Tinos could hardly be more different from its indulgent neighbours. This tranquil Greek Island is the perfect antidote for anyone who has over-partied on Mykonos or over-indulged on Delos. With no airport on the island, visiting VIPs have their anonymity assured. The pebbly bays of Rochari, Malli, and Ormos Panormos melt into a deep Greek blue, and are most easily reached not by land, but by sea. The beach of Agios Pandeleimonas, close to the island’s southern tip, is the island’s biggest and best.

Canada’s westernmost province of British Columbia has an incredible 40,000 islands scattered along its 27,725km of coastline. From a superyacht’s bridge, deck or even crow’s nest, one may sight glaciers, icebergs and snow-crowned summits. The finest yachts now employ a learned guest lecturer who can expound upon this pristine wilderness for one’s own private party. High-end adventures include a crew-led kayak expedition among orcas, seals and otters, or whale watching with an expert guide in your own RIB. Avoid to sail here in winter season without experience or a skilled crew.

Despite its popularity, Italy is one of those rare places that has managed to retain a sense of old world charm while developing a number of authentic luxury destinations. For yachtsmen, Sicily’s fishing villages and the beautiful beaches of Palermo are just some of the reasons why those in the know keep the region high up on their sailing to-do list. For those who have experienced the beauty already, Palermo is the sort of place you never stop longing to return to.

This paradisiacal archipelago has been well-established as one of the world’s most enviable luxury destinations for sailors. Beautifully-maintained marinas flow busily with yachts coming in from around the world, or simply making their way from island to island — Tenerife, Gran Canaria, Lanzarote — as they usher passengers to lay back on white sand beaches

Images in this post are considered to be in the public domain since found on the web and media therefore supposed to be copyright-free images – it’s not intended from the author of the post to violate any copyright right infringement laws, or to offend anyone; in the case you advise a violation, would you advise me and I’ll promptly remove them. The post it’s also an expression of my personal opinion, and do not intend as well to have any commercial purpose.